The origins of the Tallit go back in time, but are not very clear-cut ones. The origins of the word are Aramaic, meaning ”cover”. The Talmud refers to it as a Jewish prayer shawl. However, the Torah does not refer to the need to wear a Tallit, but rather mentions the need for people to wear something to cover their clothes during prayer, something which has fringes at all four corners. Thus, it can be stated that the custom of wearing the tallit has been rather regulated by the various rabbis throughout time and was influenced by the traditions undergoing in all Jewish communities, be they more conservative or not. The use of the Tallit in ancient days was done mostly out of climate reasons. The Western Asia climate consisted of warm days, when one could use the Tallit to shield from the sun, and cold nights, when the prayer shawl could be draped around the shoulders to prevent one from getting cold.

There are many traditions regarding the wearing of a Tallit. The garment is customarily worn during the morning prayer and at all prayers during Yom Kippur. Boys wear it for the first time on the occasion of their Bar Mitzvah. In the Orthodox Ashkenazi community, the groom receives a Tallit before marriage as part of his dowry. 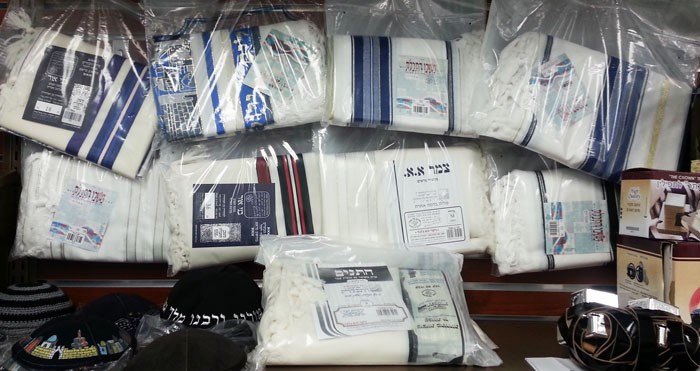